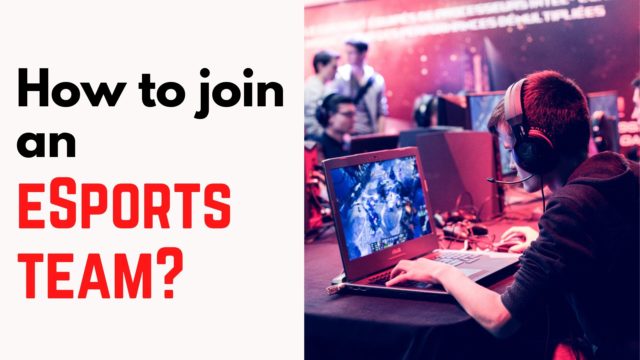 In the past, people scorned gamers with disgust and cited the adverse effects of video games on the human body. Gaming was seen as a pastime or something you did on the weekends when you had nothing to do. Today, gaming or rather, eSports, has become a serious business with million-dollar cash prizes and numerous advertising deals with hardware companies.

In today’s age, it is growing increasingly possible to make a living by joining an eSports team. We have witnessed millions of dollars pumped into eSports Scholarships across countries, such as the United States or China, that enable you to take the gaming community by storm at the college level before going pro.

How can I be recruited into eSports?

Firstly, applicants can apply to the respective colleges’ eSports scholarship, and college coaches will begin evaluating prospects. Major tournaments are another platform by which coaches will scout new prospects and recruit them to join the college teams. Tryouts typically happen before the school year begins, and if you pass the test, the college may offer you a partial or full scholarship.

In the United States, the National Association of Collegiate Esports (NACE) currently has 151 member schools with varsity eSports programmes. These schools present an excellent avenue for young hopefuls in the gaming world.

Generally, the interviewer will ask you to narrow down the type of competitive game that you play, which fall into these categories:

Focus on only one game

In sports, it is always better to be a master of one than a jack of all trades. eSports teams would rather pay to promote and hire the best in each game to compete for them rather than someone who plays multiple games. Narrow and focus your attention towards a single sport that you are interested in.

Additionally, it is also wise to invest your time in a sport that is more popular because there will be more opportunities and competitions that you can compete in.

Watch the competitive players in that particular eSport, learn the moves and tactics that they employ. This is the fastest way to increase your skills as you will be learning from the best. You could refer to Twitch.tv or the live streams that some games may have. Watching the majors and other competitions are an excellent way to increase your skill cap and Matchmaking Rating (MMR) with newfound skills.

If you are playing a team-based game, you must find a team that has the passion and ability to play together for extended periods. Playing the sport through matchmaking with random public players is generally insufficient towards increasing your skill. Learning by playing with like-minded players will foster more discussion and different approaches to the games, allowing you to overcome the learning curve.

With your team, join a gaming league such as High School Esports League, KeSPA, MLG, or ESEA as they will enable you to participate in seasonal competitions that can lead to a championship.

Tournaments are generally split into “Online” and “Offline (LAN or Local Area Network)”. Participate in as many as possible to build up your gaming resume and generate attention from the gaming community.

Winning championships are a surefire way to generate interest in you and your team. This leads to an opportunity whereby you may find a sponsor to help elevate your team to the next stage.

At this point, this is where other teams may poach you and the point that you can actually expect to earn a salary by playing competitively.

You may be required to put in a certain amount of hours playing on Twitch.tv or other streaming platforms to help the team generate interest and generate advertising revenue.

Creating highlight videos to showcase your skills and talent with a particular game can also be a way to impress teams from across the world. Some eSports college scholarships may require you to submit a highlight video so that they can assess you better. Teams can also spot you by chance on YouTube or other video platforms if they are interested in hunting for new talent.

Your chances of joining a competitive eSports team are generally very slim due to the immense competition, and you must put in the work diligently and focus on tournaments rather than playing casually. Only a handful of players succeed in this competitive eSports, and we recommend that you are sure about this career path before you dive into it. We wish you all the best in your eSports journey!